In the field of artificial intelligence , it is assumed that environments have multiple properties and attributes. A rational agent interacts with this task environment to achieve a specific performance measure. While designing an artificial system, it is helpful to comprehensively frame/define the task environment. 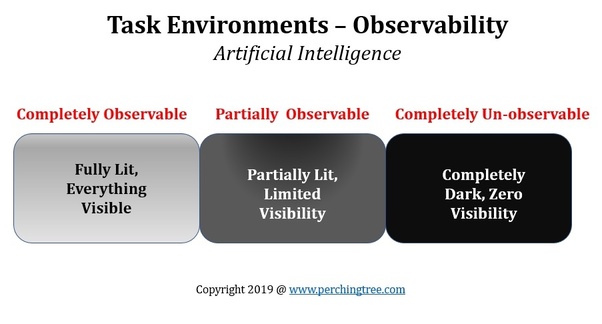 These properties are loosely classified as :

b) Single Agent Vs Multi-Agent

Before discussing the observability feature of any environment, it may be helpful to understand the perception-action cycle or the PEAS (Performance, Environment, Actuators, Sensors) model. 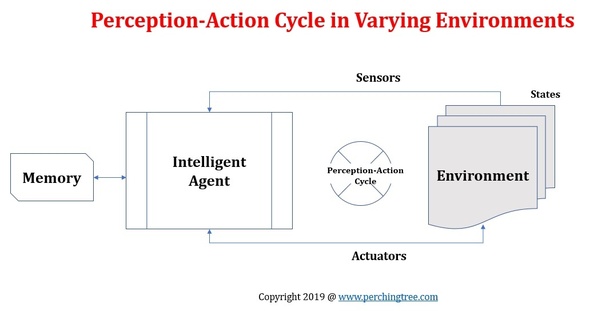 Agents interact with the task environment using two primary functions perception and action. In Artificial Intelligence, perception is the process of taking information from the environment and converting it to a multi-dimensional, variable state predictive model or internal representations. These internal states are also called percept-sequences i.e. a tractable memory of all sequences of events the agent has experienced in the past. The agent-environment coupling unfolds over multiple cycles of perception-action cycles creating cascading and nesting frames of information dimensions. Marvin Minsky popularized the term “frames” in his famous paper “A Framework for Representing Knowledge”.

Now, we can define the task environment specifically, in terms of observability. 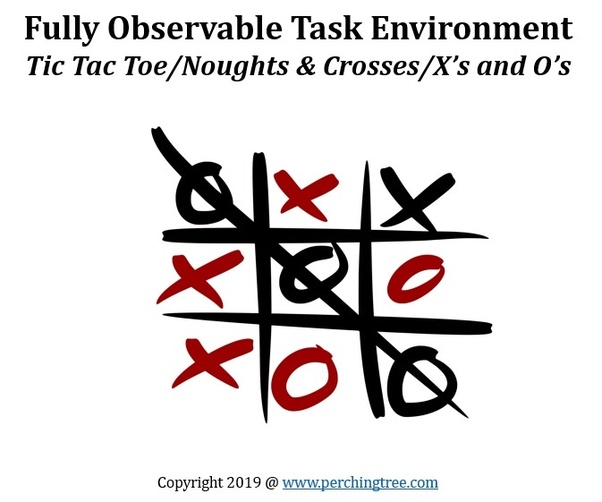 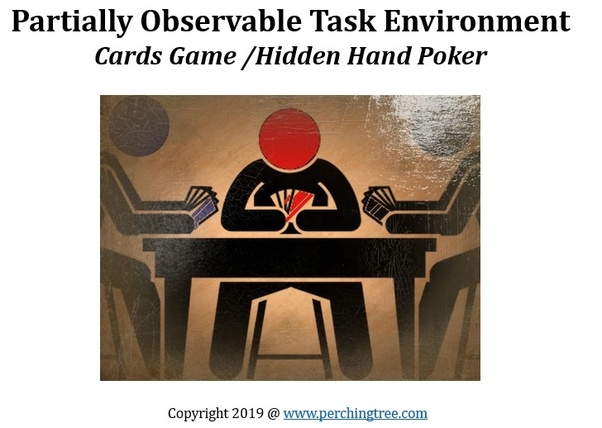 *Please note that in AI, there is nothing called completely unobservable classification and complete unobservability is a state that can exist in both full and partial observational states.

Note: Hope this answer helped. Please note that I am not an AI expert but have been studying AI along with Intuition and Meta-heuristics. Based on some bizarre personal experiences, I have been obsessed with understanding how some agents can use sophisticated intuition to make partially and completely unobservable environments observable in strategy plays, breakthrough inventions and achieving their goals. My research interests are “Unconscious Search”, “Intuitive Predictive Triangulation ”, an element of spidey sense and “Reducing Inventing Cycle Time (ICT)”

About the Author: Rohit Sharma

Based out of Dallas, Texas, Rohit Sharma is a product engineer, innovator as well as an astute hyper-forecaster who regularly writes on technology, psychology and all things bizarre. He works in the healthcare domain creating new innovation. Click on the name to read more about him.